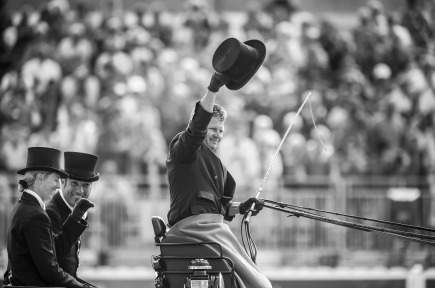 Horses were driven long before they were ridden and, as such, Driving is the oldest competitive equestrian sport yet it continues to thrive in the 21st century. Drivers sit on a vehicle drawn by a single horse or pony, a pair or a team of four and they face three trials – dressage, marathon and obstacle driving. At the World Equestrian Games, only teams of four horses compete.

Dressage involves performing a sequence of compulsory figures within a 100 x 40 metre rectangle. Movements – which must be executed from memory – include speed and gait transitions, circles of different sizes and halts.

The marathon is a spectacular time trial run over a course including natural hazards such as sharp turns, water and steep hills, and artificial ones such as labyrinths. It tests the horses’ fitness and stamina and the driver’s judgment of pace and horse control.

Obstacle driving – or cones – tests the fitness, obedience and suppleness of the horses after the marathon, as well as the skill and competence of the driver who must weave cleanly through a narrow track outlined by cones with balls balanced on top.

The 3 tests count towards both the Individual Competition and the Team. 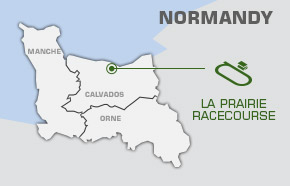