From 30 November to 8 December, the Road Tour team travelled to the Parc des Expositions de Villepinte for the 42nd Salon du Cheval de Paris. For this final event in the 2013 calendar, the Games’ Road Tour was guest of honour and, as such, pulled out all the stops. After taking the RER station and the site entrance by storm, the Alltech FEI World Equestrian Games 2014 in Normandy basked in the spotlight for the 10 days of the fair, with entertainment, ticket sales, demonstrations and much more.

For the third time in the history of the Games’ Road Tour, demonstrations of the Games disciplines were  organised via the project “One day, One discipline”, with some star guests taking part, such as  Roger-Yves Bost, this years’ European Showjumping Champion, in the Jumping demonstration. If you missed out, it is not too late to watch these memorable moments on video, as they were recorded and broadcast every day after the event thanks to Cavadeos.

Back at the stand, our famous scratch cards were once again a great hit. As usual, numerous winners were named every day, with quality prizes courtesy of our official partners. More than 9,000 visitors took part in the daily prize draw to win (one prize per day): an Equidia blanket, a subscription to Cheval Mag & Cheval Star, products from Equi-Theme’s “Alltech FEI World Equestrian Games 2014 in Normandy” collection, a subscription to Cavadeos + L’Eperon + Sports Equestres, a night’s stay in a Mercure hotel, a CWD saddle, Alltech Life Force products, passes for the Games Opening Ceremony, and more. The photo booth was also a huge success, with more than 1,000 photos taken in ten days!

The Salon du Cheval de Paris also gave us an opportunity to introduce the new ambassador for the “Around the world in 80 days” project: a small white pony that was a great hit with visitors young and old. It certainly got people talking, as did the press conference held during the Salon, on Tuesday 2 December, to announce the opening of ticket sales for the Opening Ceremony, which will take place on Saturday 23 August 2014 at D’Ornano Stadium in Caen. The first 2014 tickets, sold at a discounted price, were snapped up in no time.

And finally, Norman our mascot was delighted to be present, making an appearance in the Salon du Cheval parade and even taking time to watch the Gucci Paris Masters. This special guest seemed to bring luck to Kevin Staut, who won the Prix GDE and the Grand Prix Gucci, and the new world No.1 Scott Brash, winner of the battle of the sexes and the Speed Challenge.

The Road Tour 2013 has now come to a close, after appearances in Aix-La-Chapelle, Barcelona, Burghley, Paris, Lyon, Deauville, Le Pin National Stud, and many more places besides. We look forward to seeing you in 2014! 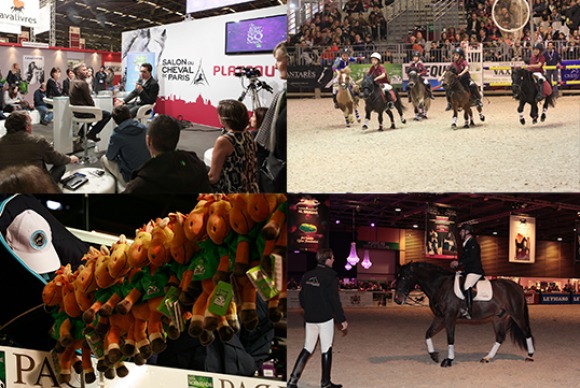 On the same topic

1 / 10
All news
Tickets
Register to the newsletter