From theory to practice 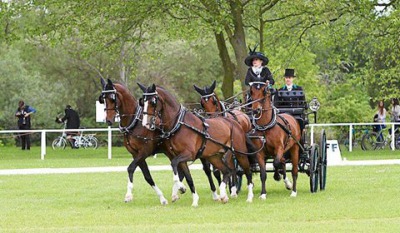 American Misdee Wrigley-Miller is one of only four female competitors at the Driving of the Alltech FEI World Equestrian Games and she is one of the newest in the sport of four-in hand-drivers. Only ten months ago she traded pairs for a full set of four horses….

The Normandy 2014 Organising Committee just released the 6th of its 8 discipline games on Facebook. A contest dedicated…