France Make it a One, Two

Halfway through the Men’s Individual Vaulting competition and after the first round of Freestyle Tests, France hold first and second place with the current European and World Champions respectively. 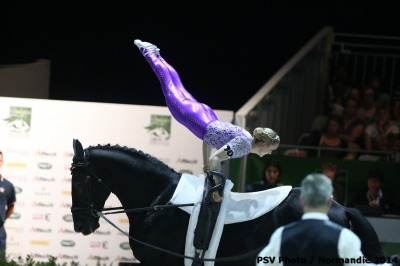 After the second day of competition and the first round of Freestyles, the top 15 that go through to the Technical Test and the Finals have been decided and Great Britain’s current World Champion Joanne Eccles is once more on top of the leader board. 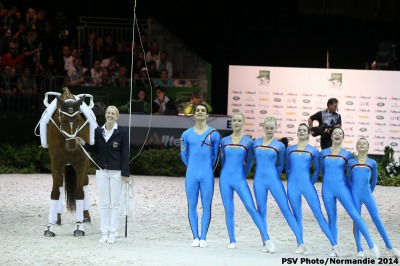 The action started early at 9:30 local time this morning at the Zenith stadium, situated just inside the World Equestrian Games village for the first day of Vaulting Freestyle. The atmosphere was electric, the lights were set and the crowd were buzzing…

Off the streets and into the arena

This is a story of a South African boy who was dealt a rough hand in life but was saved by sport.

Day one of Vaulting Completed

At the end of the Team, Women’s and Men’s individual Compulsory Tests the scores are tight, proving that the standards have risen once more and that this is going to be the toughest vaulting championships any World Equestrian Games has ever seen.

Dutch vaulter Claire de Ridder has probably battled harder than any other athlete to get to WEG after suffering a terrible injury to her ankle only 13 months ago, during the European Championships in Austria.

Vaulting into the Zenith

Starting Tuesday, the world’s best vaulters will make the Zenith their home for the four-day competition. France is participating in the individual and team competitions during the Alltech FEI World Equestrian Games™ 2014 in Normandy.