The US Dream Team dominates the podium in the Individual Finals

Great horses, great riders, great horsemanship and an enthusiastic public are what made the Individual Reining Final Competition amazing at the Alltech FEI World Equestrian Games 2014 in Normandy tonight.  Last to enter the arena, which counted some of…

Reining: The show is on as athletes prepare for the Individual Final 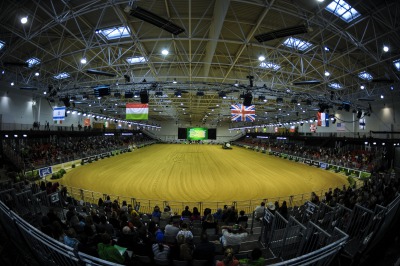 The Individual Reining Final held during the Alltech FEI World Equestrian Games 2014 in Normandy is bound to set the full house on fire tonight.  Twenty-one combinations will be running NRHA pattern n.10, one of the most explosive reining patterns. …

Reining: Waiting for the Individual Finals 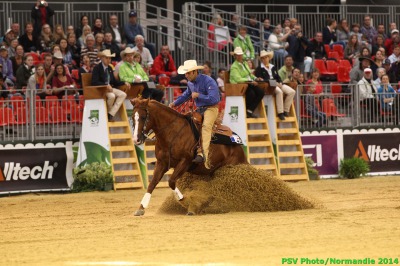 Tonight the Individual Final Competition will award the last FEI medals for the sport of Reining in the Alltech FEI World Equestrian Games 2014 in Normandy.  The level of competition will be high with the best horses and riders from 11 Nations riding for…

Reining: Boemil Twin Robotop – the only Appaloosa in the Individual Finals

Reining competition is open to all breeds of horses. Though the American Quarter Horses dominate the field, American Paint Horses, Arabians, Morgans and Appaloosas are among some of the breeds seen at reining shows world-wide.

Rudi Kronsteiner of Austria was the very first European reiner to reach the Million Dollar Milestone.  To date only Rudi and Bernard Fonck of Belgium are the only two in the Old Continent to have achieved this incredible result.

Portrait of the day – Shawn Flarida 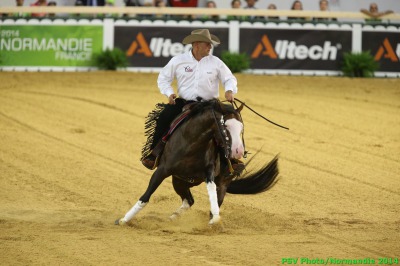