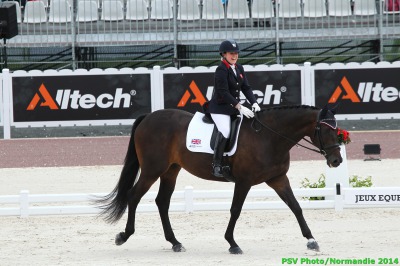 Before the day had even completed, Team GB could not be beaten at the halfway stage of the Para Dressage competition at the Hippodrome at La Prairie racecourse. 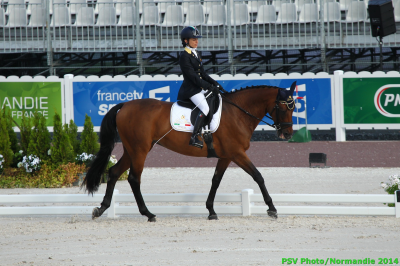 The marks are tight between the top three riders of the grade Ia competition at this half way stage, with a surprise lead by Italian rider Sarah Morganti riding Royal Delight.

Brits Rule the Roost Once More in Grade II Competition 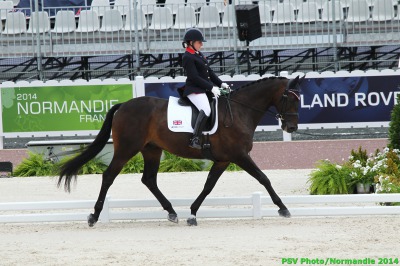 Once again the competition in the Para Dressage at La Prairie racecourse leaves a fine line between competitors in the top three, this time in the grade II test.

The Organising Committee of the Alltech World Equestrian Games 2014 in Normandy has responded to accreditation requests for 170,000 people…and one dog!

Brits Take the Top Spot in the Grade IV Competition. 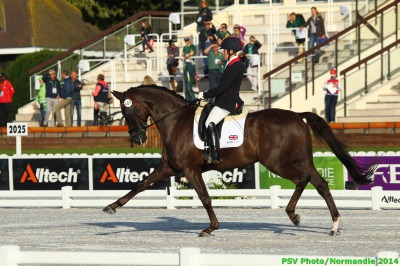 The Para Dressage Grade IV competition got underway at 8:30am local time this morning in the Hippodrome at La Prairie racecourse and the Brits have taken the top spot for the second time this week.

Great Britain Leads as the Grade Ib Contest Heats Up

Despite the deluge of rain throughout the afternoon, the Grade Ib Team Test heated up to provide some thrilling competition which reward the spectators that braved the weather. 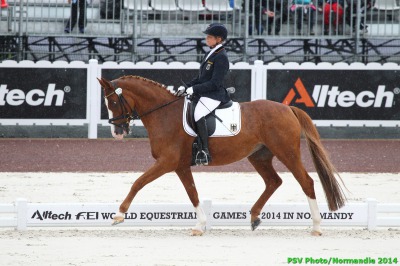 The Grade III riders were the first to go in the Para Dressage competition starting at 9am local time this morning in the Hippodrome at Caen’s Le Prairie racecourse. The top three currently have just less than 3% separating them, leaving all to play for…