Multi-medallist Ijsbrand Chardon set the tone for the Driving world championship at the World Equestrian Games. First starter out in Dressage he leads after the morning session on 42,12 points, followed by Christoph Sandmann from Germany (47,13) and Hungary’s…

Nations Cup: the competition will start at 3.15pm instead of 3.30pm 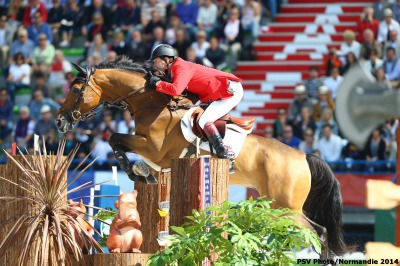 Given the riders' performances from the first two days of competition, and the great number of participants, the Jumping Nations Cup competition will start at 3.15pm, instead of 3.30pm.

The gates of d'Ornano Stadium will start at 2.30pm. 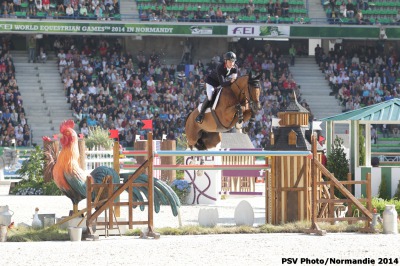 The horse who battled horrific injuries to compete at Caen

Cara Bianca Frew, 22, may not have troubled Jumping’s leaders over the first two days of competition but it is nothing short of a miracle that she has been able to compete in Normandy

Ehning protégé has the midas touch 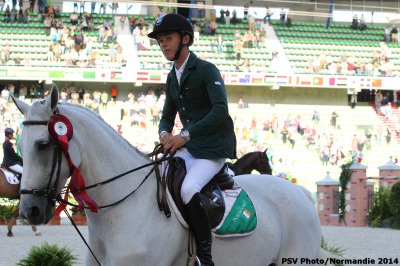 Ireland’s Bertram Allen certainly caused a sensation by winning the speed class on the first day of the Jumping, but his four-fault performance in the initial team round on Wednesday with Molly Malone also helped his squad to qualify for Thursday’s…

Traveling light not the way to go for Nesvacil family 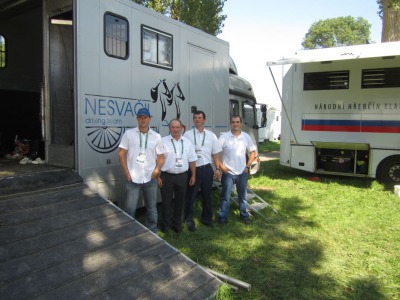 Logistics are as much of a problem as the sport for four-in-hand drivers competing at the World Equestrian Games, especially when they are father and three sons like the team for the Czech Republic. Packing is a headache for Jiri Nesvacil and his boys, living…

France Make it a One, Two

Halfway through the Men’s Individual Vaulting competition and after the first round of Freestyle Tests, France hold first and second place with the current European and World Champions respectively.