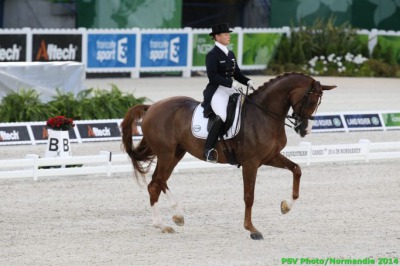 Team dressage world champions Bella Rose and Isabell Werth are out of contention for possibly more medals at Normandy2014. After her top performance in the morning at D’Ornano stadium the mare developed signs of an acute inflammation of the hoof sole. 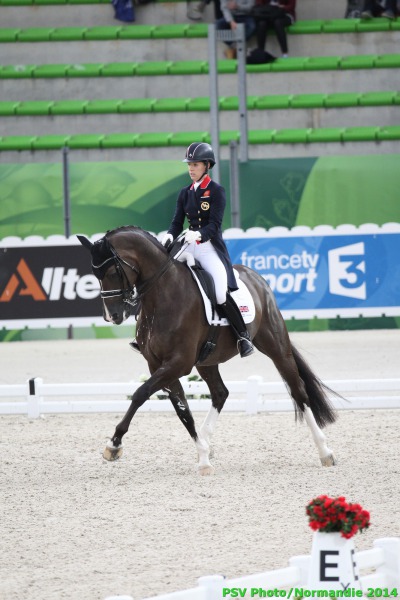 Double Olympic champions Charlotte Dujardin and Valegro seem on their way to add a world champion title to their already impressive collection. They lead the individual ranking within the team championship on a score of 85.271. Since three years the pair have…

All in the family – Brazilian style 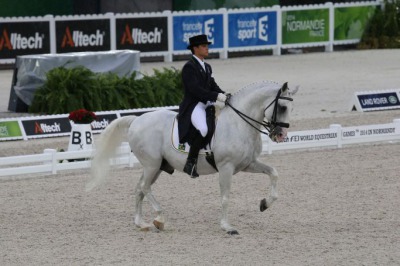 That is a first at World Equestrian Games and even a record for the guinness book: Three siblings riding in the dressage team for Brazil. Twenty-three year old Luiza Tavares de Almeida and her two twin brothers Pedro and Manuel were teaming up not only as a…

Germany has set the dressage statistics back to normal, regaining the team world championship title on 241,7 points, leaving silver for Great Britain (231.343) and bronze for the Netherlands (227.4). It was a marathon finish towards the podium for the team… 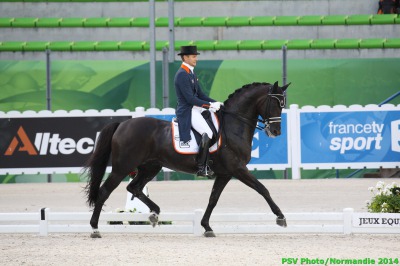 Edward Gal is in defence of the three gold medals he earned four years ago in Lexington where he was partnered with the phenomenal Totilas but after the withdrawal of his initial horse, Glock’s Undercover, the Dutch rider had to call up Glock’s…

Isabell Werth has found another diamond

Her opening ride on Tuesday, second day of the team dressage championship at Caen, was a stunner. The judges scored 81.529 per cent for Bella Rose. German Isabell Werth has six world championship titles since 1994, five Olympic gold medals since 1992. Her chestnut… 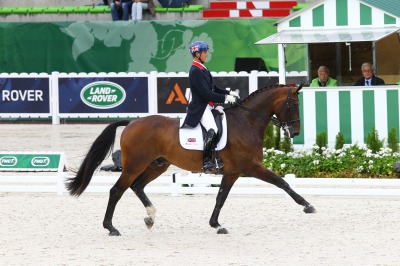 Great Britain’s Carl Hester rode Nip Tuck into the arena and notched the third best score in the provisional ranking at the end of the first day of the Grand Prix Team Competition (qualifier). The horse won over the rider back in June when the pairing…