Saturday, August 23, 2014, the Opening Ceremony offered d'Ornano Stadium’s 20,000 spectators an amazing show symbolizing the World Tour in 80 horses to launch the 15 days of competition of the greatest equestrian event on the planet !

After the national delegations’ parade, no less than 300 artists, including 100 riders, performed 30 scenes divided in three acts to show that all horse paths lead to in Normandy.

CLICK HERE to check the best photos from the Opening Ceremony

THE OPENING CEREMONY IN SHORT… 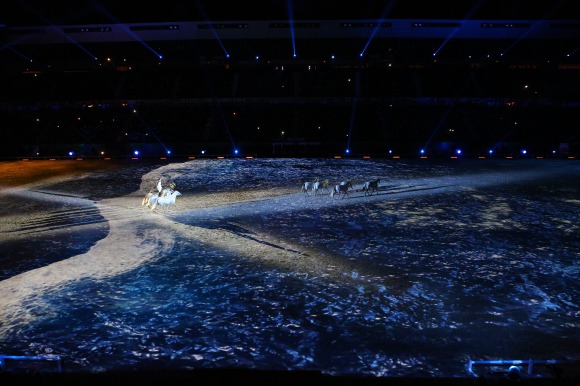