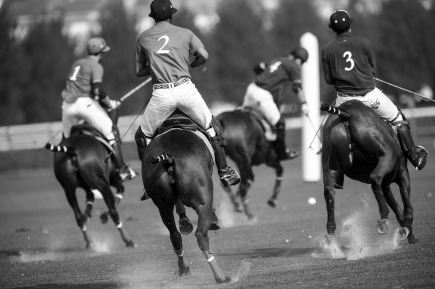 Two teams of four riders play each other on a field measuring 275 metres long by 145 metres wide. Riding fast, agile and energetic horses, the players use a mallet to hit a small wooden ball, eight centimetres in diameter, up the field in a bid to score in their opposing team’s goal. After each goal, the teams change ends and the ball is thrown in at the middle of the field.

There are eight players and two umpires on the field, all on horseback. There are no goalkeepers. Every time a goal is scored, the teams change ends and the team that scored the goal has the right of way.

The goals are marked out using two vertical posts (7.50 m apart) with no crossbar. In order to score a goal, the ball must pass between these posts at any height.

The most important rule is that players must never cross the line of the ball or the path of the person who hit it. Players can only approach the ball on either side of a parallel line. The aim of this rule is to ensure that the horses do not crash into each other. This is the most frequent foul called by the umpires.

The match is divided into 4 or 8 sections, called chukkas, each one lasting 7 ½ minutes. In the last 30 seconds of a chukka, play is stopped as soon as the ball is hit off the field, touches the boards that mark the sidelines or crosses the goal line. 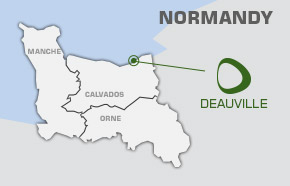