Dressage, the highest expression of horse training, is considered the most artistic of the equestrian sports and can be traced as far back as ancient Greece. The horse has to perform at a walk, trot and canter, and all tests are ridden from memory and follow a prescribed pattern of movements. The only exception is the Freestyle which is specially choreographed for each horse and is performed to music.

The popularity of Dressage has increased rapidly in recent years and the sport now regularly attracts huge crowds. Dressage is undoubtedly the most aesthetically pleasing of the disciplines in the FEI stable and the pure magic of top-class Freestyle under floodlights, as sport and art combine, guarantees that the popularity of Dressage will continue to grow. 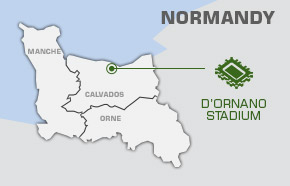