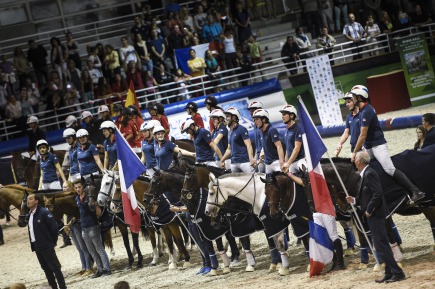 On a field measuring 60 to 80 metres long by 20 to 30 metres wide, called a “rug”, the players must pick the ball up from the floor, pass it and throw it though a hoop-shaped vertical goal at a height of 3.5 m, all without their feet touching the floor. The ball is equipped with six leather handles to make it easier to grasp.

The riders are both attacking and defensive players. The game is played in two halves, each lasting 10 minutes, and each chef d’équipe can request a time-out. A half-time interval of 3 minutes separates the two halves.

There are two important rules in Horse-ball: 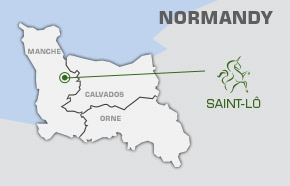